I recently was honored by an invitation to visit Chicago and present some of my recent research to my friends and collaborators in a new group formed there by +Kristin Swanson called Mathematical Neuro-Oncology. I spent my time visiting their new, beautiful lab; 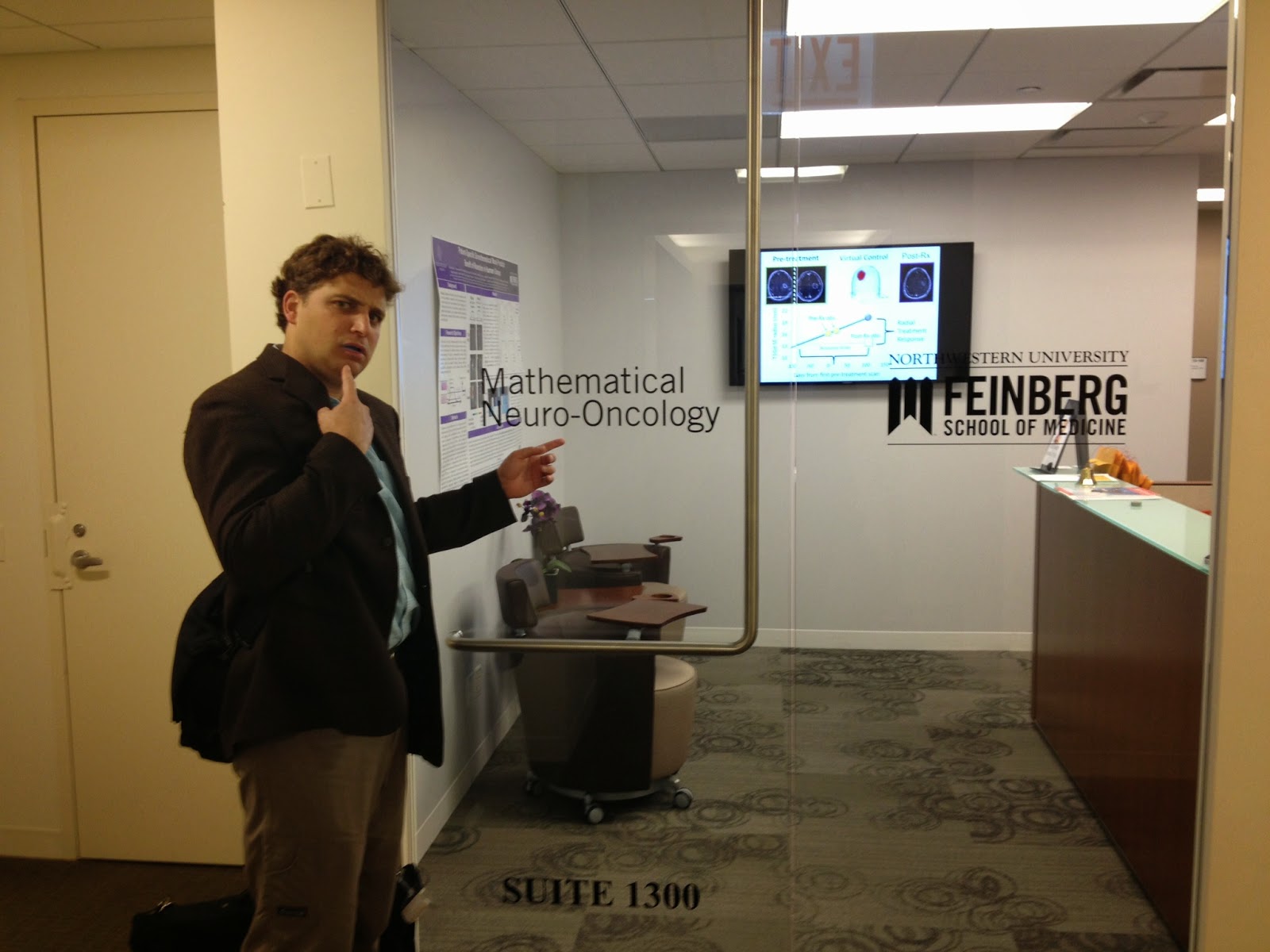 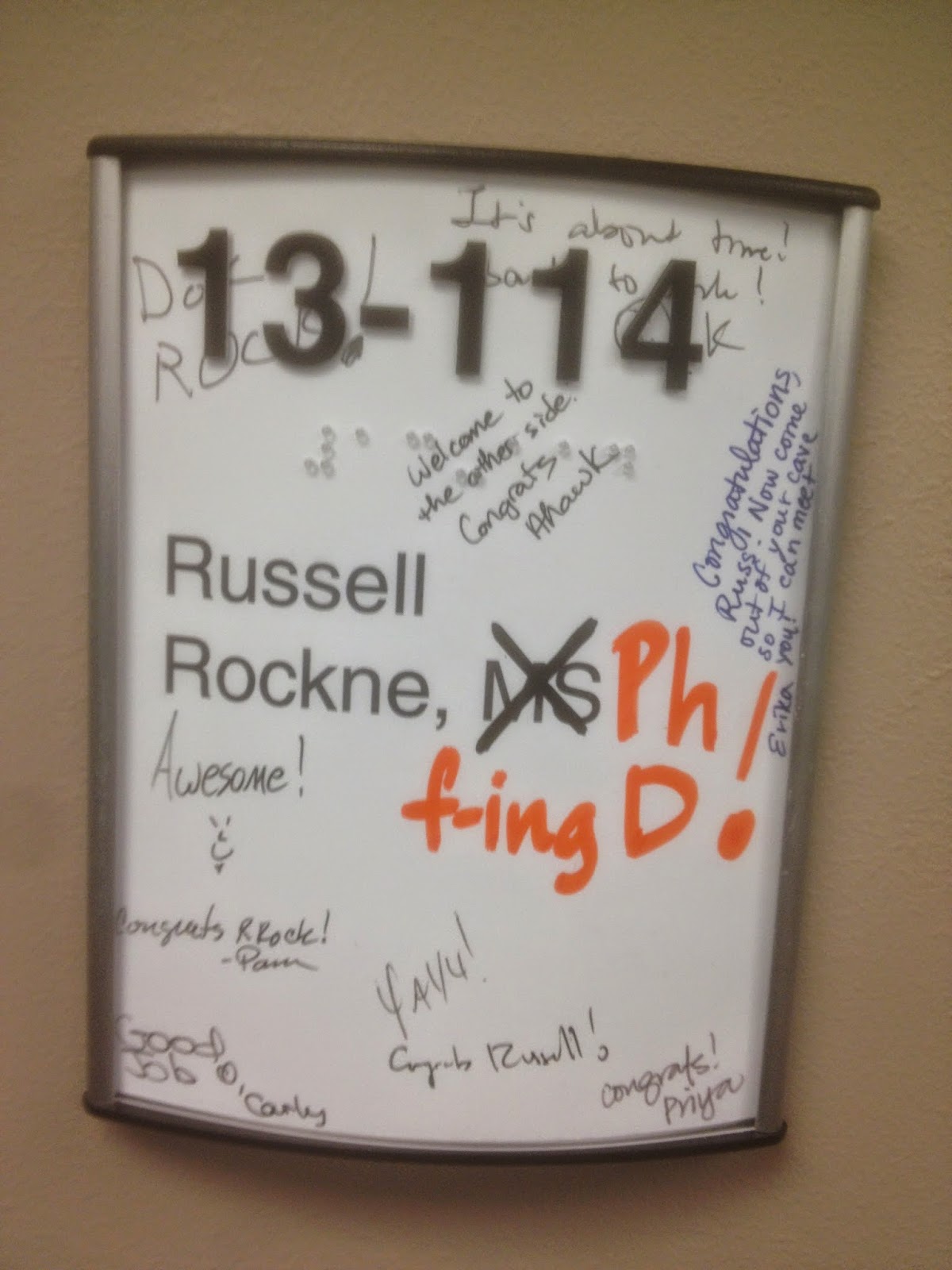 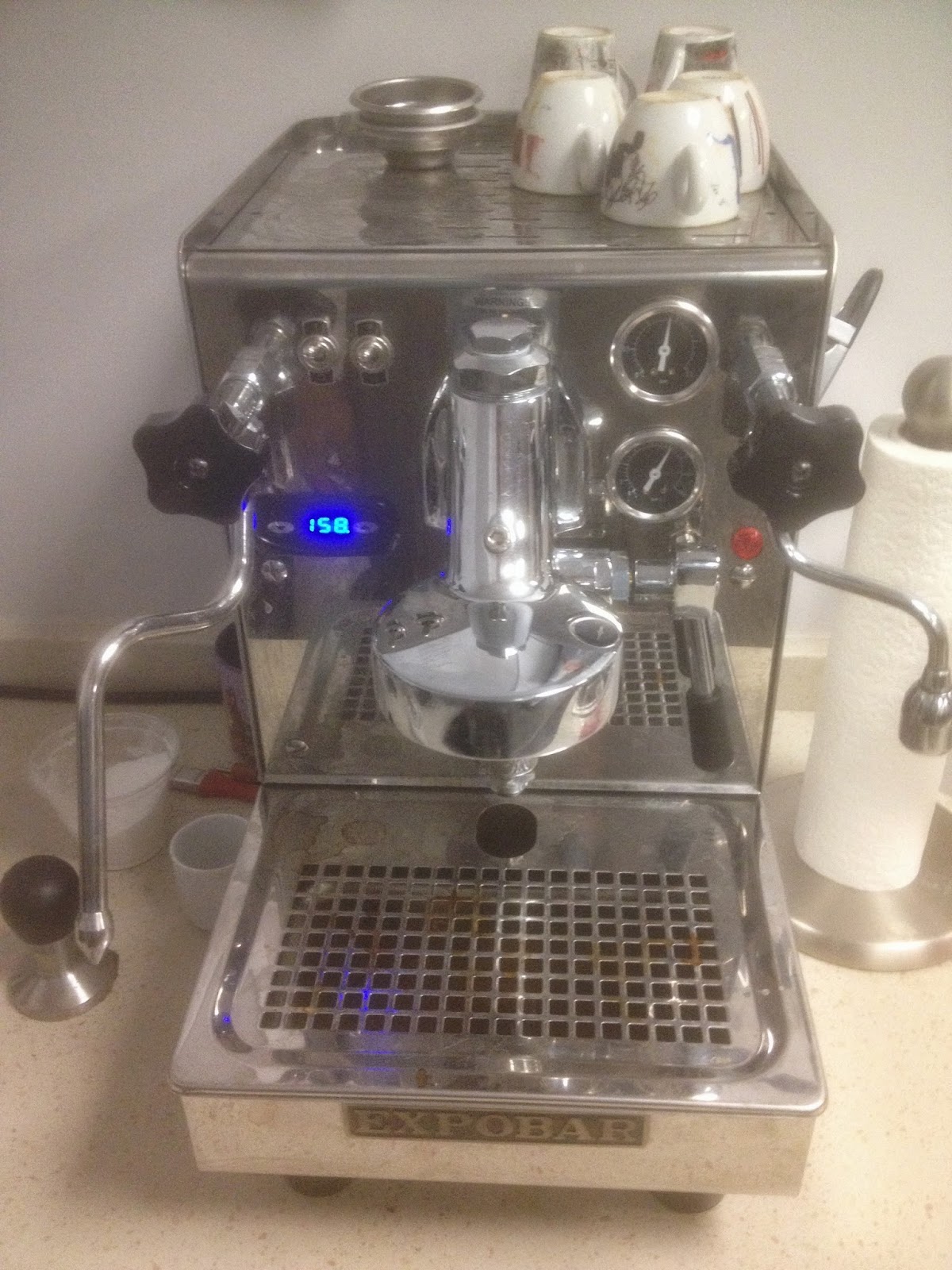 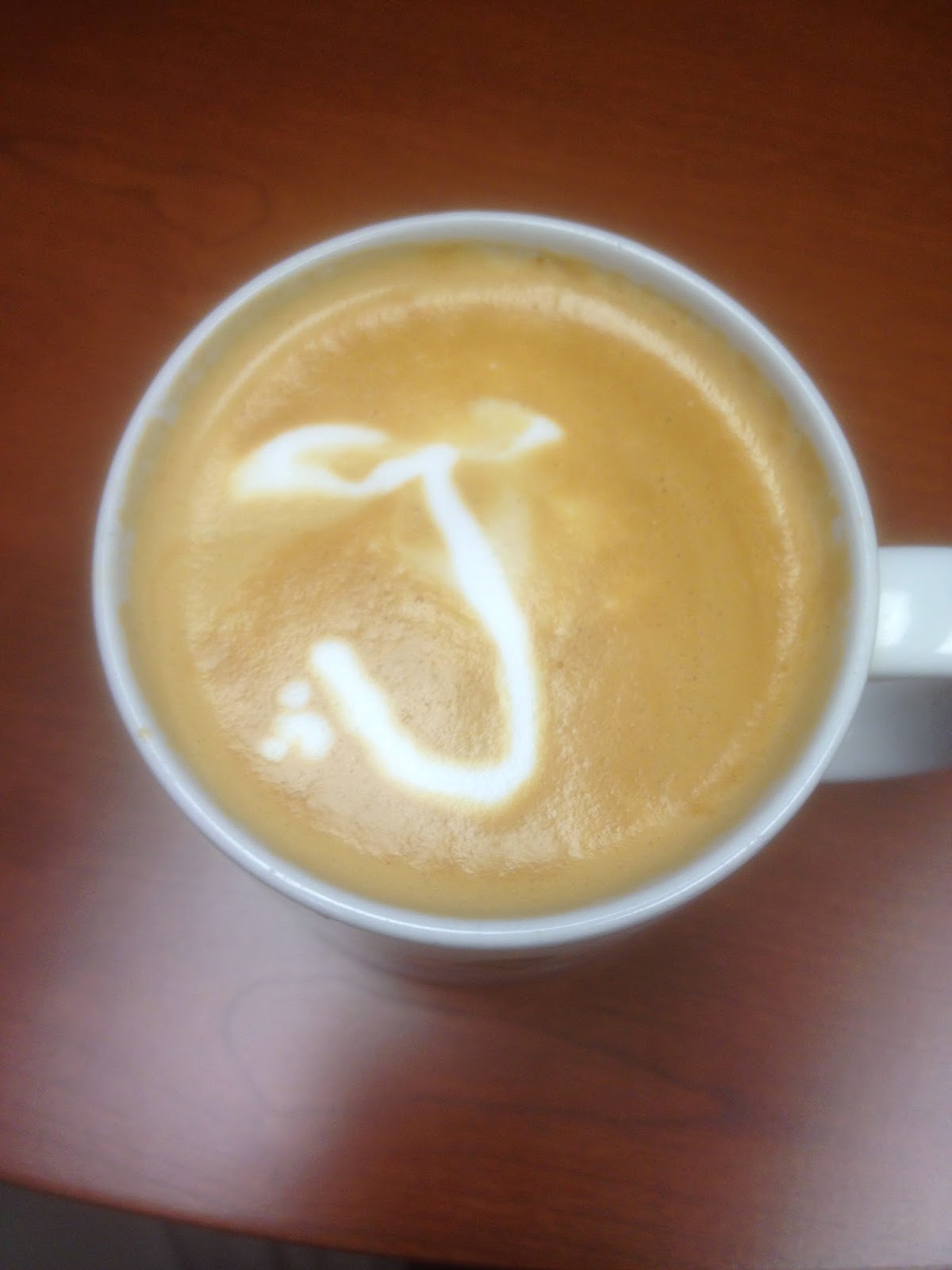 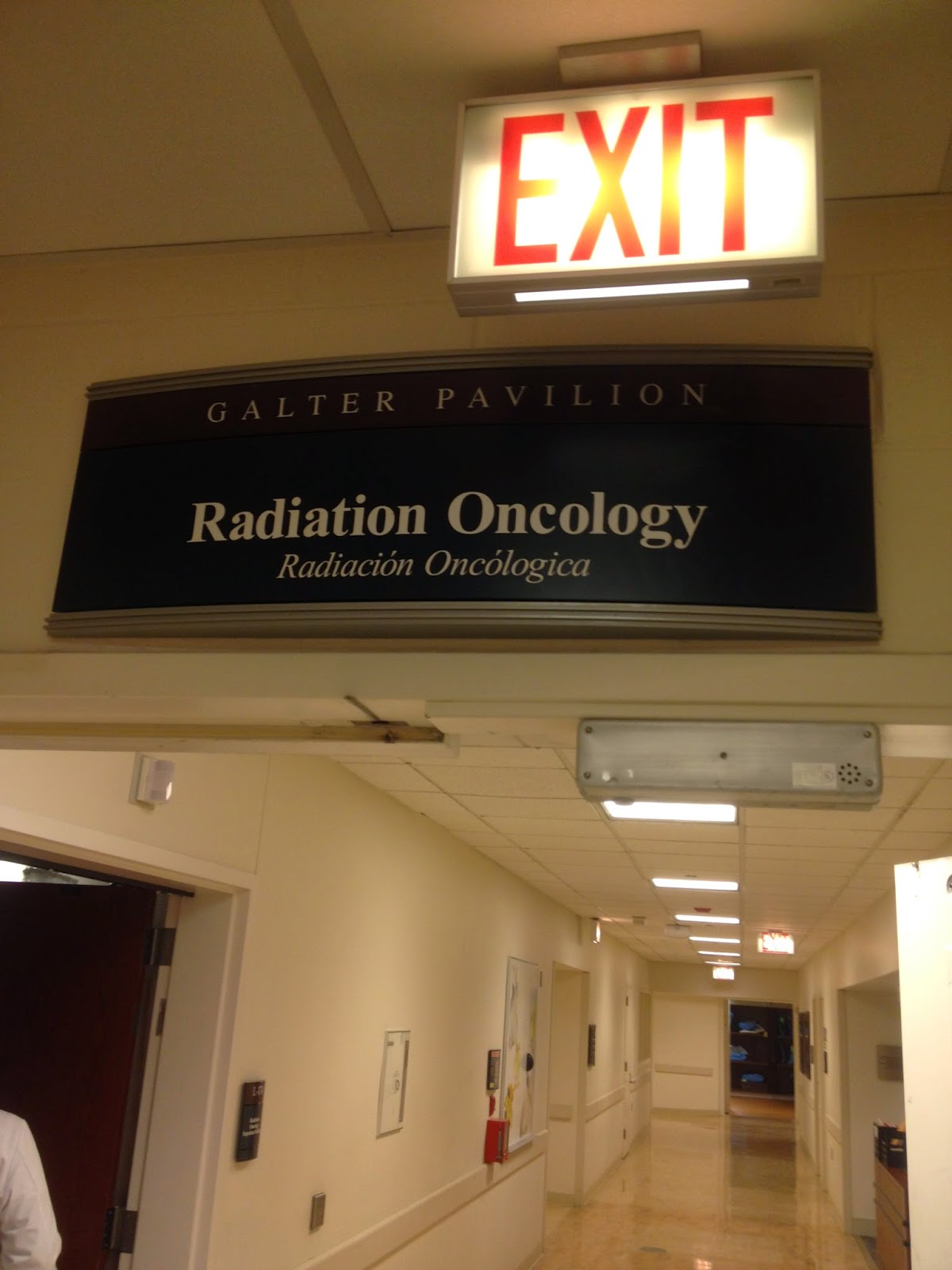 finding out that a paper long in the works, based on an opinion piece I wrote a few years ago about the effects of the #IDH1 mutation in secondary #glioblastoma, is finally in press at Neuro-Oncology (aside: Somehow there is an editorial written about it that is available (if you PAY, which I haven't yet), but the article is not yet itself available); listening to +Kristin Swanson practice for her +TEDx talk, which I've heard went well, but haven't seen yet (more info here: http://www.tedxuchicago.com/kristin-swanson); and actually giving a talk. 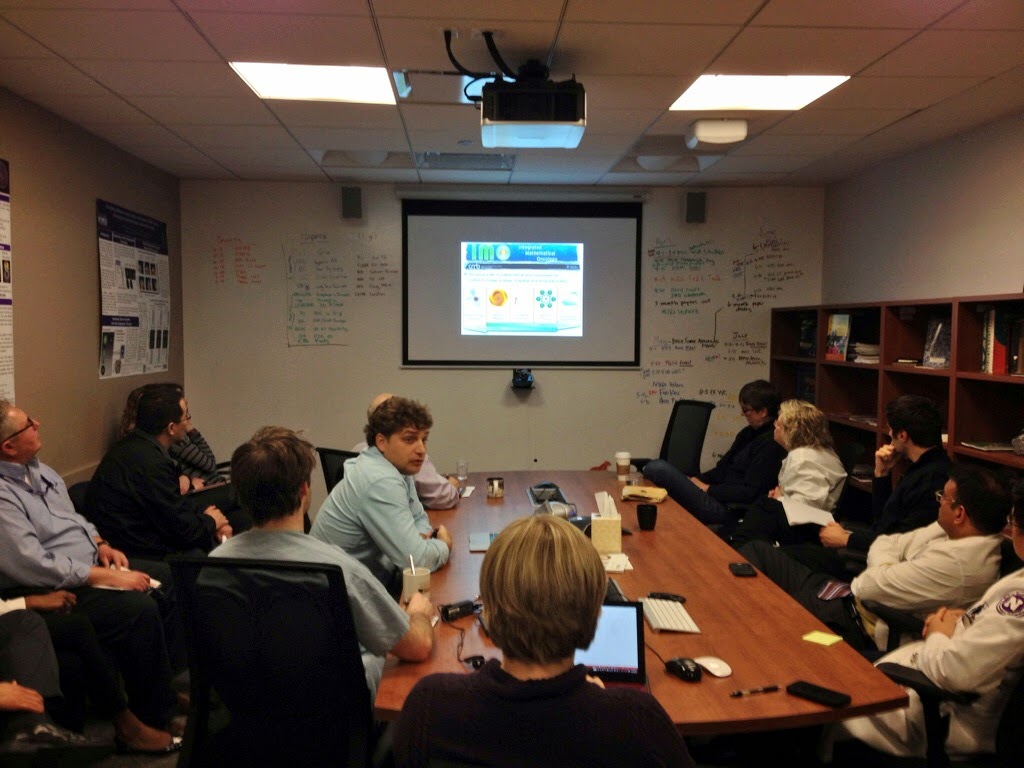 I couldn't decide what to talk about, and since the audience was going to be half computational neuro-oncologists (casual dress) and half general scientific/medical folks (white coast, ties, scrubs), I decided to give a talk in two parts - about a half an hour each.

I spent the first half hour talking about an exciting (to me at least) extension to previous work I've done here at IMO with +Alexander Anderson and +David Basanta and others on glioblastoma stem cells. I've blogged on this topic before, from posts about our recent paper in PLoS Comp Biology to a recent grant we submitted - which, frustratingly didn't get scored due to a very prototypical reviewer #3 (reviewers 1 and 2 gave us 1's 2's and 3's and reviewer #3 gave us 7's, 8's and 9's).

The second half I talked about the work I've done with +Philip Gerlee and +Alexander Anderson and others to understand how a filter-flow paradigm of metastatic spread can help us understand (and intervene) in the process of #metastasis itself. We've published most of this work as a perspective piece in Nature Reviews Cancer, a test of the self-seeding hypothesis in J. Roy. Soc. Interface, a review in a Springer textbook (pre-print here) and recently, a more clinically oriented piece under review at Clinical and Experimental Metastasis (you can see a pre-print here on the +bioRxiv Preprints site). Both I and Philip Gerlee have blogged about it (including a shared post here in response to a Cancer Research UK blog post which we took exception to (at least to parts of it)) in the past as well.

So - anyways, here are the slides. The first half is work in progress, and we're pretty excited about it. I'd love to know if anyone has any feedback.